This fun project started when a friend of mine – Paul Bulencea – asked for some feedback on a cover for a book he was writing. While the concept of his initial cover was good, I felt that the overall design could be improved so I began adjusting it here and there until it finally ended up how it is now. From that point on it was just a small step to redoing the website that would help promote the book and launch Paul into a whole new world of memorable experiences.

Since the entire project revolved around one book I feel that the best way to describe it would be to quote its authors:

“By combining Gamification with Experience Design the Gamification in Tourism book provides a comprehensive and novel approach on how to design such experiences. This should help tourism providers shift their thinking as to what they can offer in order to cater to the new needs of their guests. Also, the Memorable Experience Design framework conceptualised in the book, can be of help to everyone that aims to design memorable experiences.”

This book was Paul’s brainchild, something to which he had dedicated a big chunk of his time and effort alongside co-author Roman Egger, so the goal for me was clear: make it look good and showcase it to its full potential. While I did contribute to formatting the contents as well, from this point on I will focus only on the cover and website design.

That being said, since the written word was going to be in the spotlight the first thing to establish was typography. I wanted something solid, clean and breathable, a typeface that would deliver impact through content instead of shape, so I used the Lato family by Łukasz Dziedzic. This was a perfect choice for the cover and chapter headings, but it also had great support for webfonts via Google Fonts, which meant we could stay consistent in typography for both web and print.

The initial cover concept done by George Rosu was very inspired and featured a pawn linked to a map marker by means of a very entangled line. I really liked how he captured the essence of the book so I kept it and instead of redoing everything just clean it up and gave it a more professional and polished look. 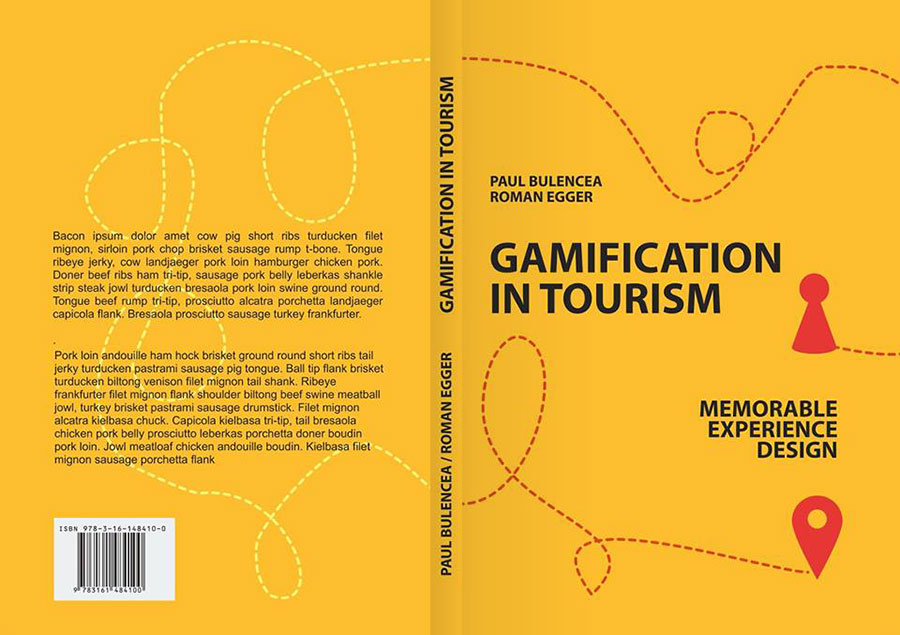 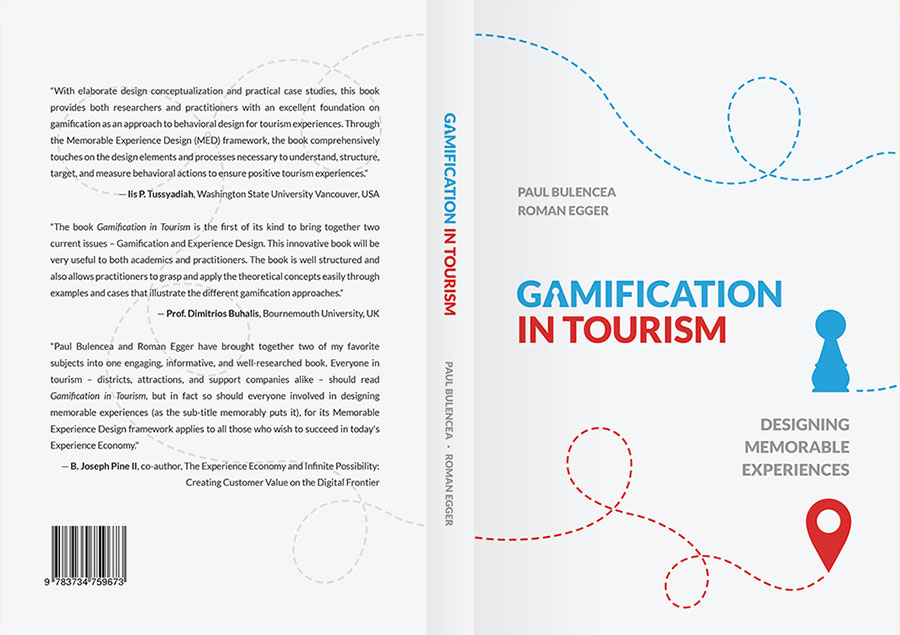 Instead of the gold-yellow I went with a fully light background and focused the coloring more on the typography and graphical elements. Because experiences of any kind are transformative, I used blue (cold) and red (warm) as base colors to symbolize the positive transformation a memorable experience should have on someone.

After settling on a visual direction, the design itself was pretty straight forward however there was quite a bit of tweaking to get everything properly aligned with the cover size. This was mainly because the content was still being proofread and adjusted so the book thickness kept changing slightly thus causing a misalignment.

Once all the content had been properly formatted and proofread, we did a few test prints and decided to drop the offset alignment you see above and instead just went for a uniform margin for the cover elements (you can see above that the left margin is significantly smaller than the right margin and this was mirrored on the back cover as well).

With the book design taken care of, it was time to switch my attention to the website that was suppose to promote it all: www.gamification-in-tourism.com. At that time Paul was running a basic WordPress site with a(n almost) standard theme and no custom branding whatsoever. My plan was to change this and design in with cleaner content, better branding and more focus on the actual book itself! It had to be super-simple to use and it had to run seamlessly on any kind of device.

Because this was something I was thinking of in the back of my head ever since I was working on the cover design, I skipped the wireframing step altogether and just went ahead with a high-fidelity mockup which I sent Paul. It exceeded his expectations and I got an immediate green light to code it!

From there on out I went on to create a custom WordPress theme for him to manage all the testimonials, author descriptions and even online stores where people could order the book from. We worked closely together during this time to get all of the content ready and make the final touches before releasing the website into the wild.

Altough designers tend to say this a lot, this was genuinely one of my favourite projects to work on. I think the reason for that is twofold. First of all, it started off as more of a “let me help you out” kind of work for a friend and less of an actual comissioned job for a client. Second of all, Paul and Roman were great to work with, they completely trusted my skillset and allowed me to own the project from start to end and learn a great deal of things while doing so.

Speaking of memorable experiences, feel free to check out another one of Paul’s projects called “The College of Extraordinary Experiences” or just follow him on Twitter to see what other cool things he’s up to.

Unifying a suite of intricate products into one holistic guest experience platform by tackling complex problems of information architecture, navigation and interface consistency.

Establishing a stable design system from the ground up by leveraging the power of OKRs and using design ops to integrate it into the regular process of our cross-functional team.